This time the ball is in the court of United Kingdom and Theresa May has clearly given the sign. She will wreak revenge on Vladimir Putin simply by ordering a covert war on the entire spy network. The reason behind this being the accusation of two assassins for carrying out the Salisbury Novichok Attack. The Prime Minister said the services would target the GRU, Military intelligence unit pair work. To start with the cyber warfare, espionage.

Financial sanctions and travel bans are in pipeline to be in use say sources. That’s not all the Interpol has been put on red alert to detain the agents who use aliases Alexander Petrov and Ruslan Boshirov.

The Russian president and UK prime minister are on the hunt, let us who wins the battle. As Mrs. May has already warn that they would be brought to justice in Britain by having a trail if they ever left Russia. However, experts say that Vladimir Putin will personally ensure that they never leave the Country. 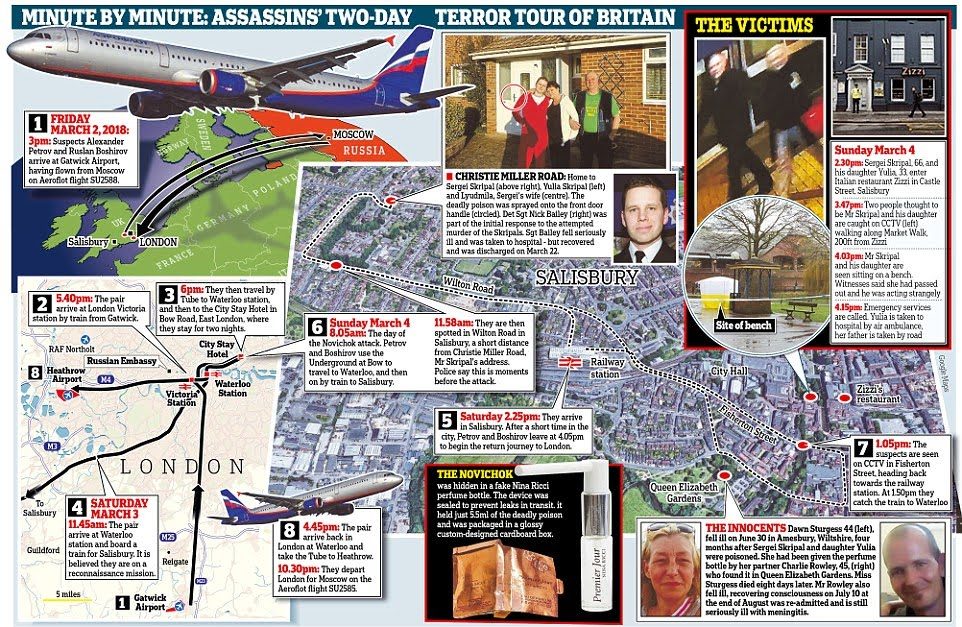 In fact, he might reward them with lucrative promotions for their assassination attempt on Sergei Skripal and his daughter Yulia.

Theresa May yesterday blamed the Kremlin for the novichok attack and hinted the assassination order may have come directly from Mr. Putin because only he has the power in Russian law to order killings abroad.

Tom Tugendhat, who chairs the Commons foreign affairs committee, went further by saying: ‘President Putin bears responsibility for a war-like act’ while Bob Seely, a Tory MP and cyber warfare Russia expert, said the order could ‘only have come from the Russian head of state’.

A Comprehensive Discussion About Drain PipeLining

Travelling Is Surely The Best Medicine One Can Have

Travelling Is Surely The Best Medicine One Can Have

Blades Through The Ages And Now – Swords